In trying to answer the question of what I, personally, should do about climate change, I realized that my biggest emissions sources– namely, air travel– would be difficult to completely eliminate or negate with behavior changes. Carbon offsets seemed like a promising solution, but I was skeptical about their reliability and unclear on exactly how they work.

Deciding whether to buy them involved understanding the available options, developing an evaluation criteria, and comparing them to other charitable endeavors. Ultimately, I just wasn't convinced that even the most reliable projects are an efficient way to do good. Your assessment of the risks or your comfort with accounting uncertainty might lead you to a different conclusion, but my goal really isn't to convince you to agree with me. Instead, I want to provide a framework that might help you sift through the marketing claims and carbon guilt.

What are carbon offsets? What are the options?

Carbon offsets are transact-able credits representing negative carbon emissions. Individuals or corporations can purchase offsets, which represent emissions reductions happening anywhere in the world, and subtract from their net-carbon-footprint accordingly. They're a useful tool because they expand the market and incentives for the most cost-effective emissions reductions strategies.

Carbon offsets can take many different forms, but a few categories are most common:

Direct Air Capture (DAC) offsets pay to have carbon-dioxide removed from the air. Because it's an energy-intensive process using new technology, the costs are high. Removing 1 tonne of CO2 via DAC costs an estimated $250-600. From ClimeWorks, a popular, consumer-facing company, removing 1 tonne costs about $1000. Researchers think they'll be able to get that cost under $100.

Despite the high price, DAC will likely be an important tool in combatting climate change because it's our only option for permanently removing carbon-dioxide from the atmosphere. After all, trees eventually decay, while other offsets just prevent the release of new emissions.

Landfills and industrial processes (steel production, for example) release high levels of greenhouse gasses. These offsets fund projects aimed at capturing and destroying these gasses at the point of release, where they're more concentrated and easier to filter.

Although the developing world emits far less carbon than the developed world, offset projects in this category take advantage of the relatively low cost to distribute "greener" technology that will both reduce emissions and improve people's lives in the short term.

For example, many households rely on burning wood to boil water and cook food. This releases carbon dioxide, but it also leads to unhealthy levels of indoor air pollution and makes cooking difficult and time consuming. Providing households with cleaner cookstoves or water filters can reduce carbon emissions while also improving the lives of people in need.

What makes a good offset?

Regardless of its form, evaluation of an offset can be reduced to a few questions: Will this really offset the amount of carbon I'm being promised? And, What else might happen as a result of this purchase? To evaluate accounting reliability and side effects, I've found it helpful to consider a few variables:

Would this carbon reduction occur regardless of whether or not I purchased the related offset?

If a carbon offset is claiming to protect an acre of forest that's not really in danger of being destroyed, then it's not additional. Or, if an offset is claiming to fund the construction of a new wind turbine, but sufficient economic incentives for the project already exist, then the turbine would have been built regardless and the offset lacks additionality.

Will this offset cause more carbon to be emitted elsewhere?

If you pay to protect an acre of forest, and that directly causes another acre to be cut down somewhere else, that's leakage.

Will someone else claim credit for this offset carbon as well?

If you purchase an offset that pays a company to capture greenhouse gasses produced during manufacturing and you both claim the emissions reductions, that's double-counting. This can happen when both the company (or country) purchasing the offset and the organization actually doing the emissions reduction are incentivized to limit their emissions. Selling offsets across international borders can complicate this issue as well.

Most forest protection projects calculate emissions reductions under the assumption that the trees in question will remain in place for decades– sometimes up to 100 years. If the company organizing the project goes bankrupt, or if there's political upheaval in the country containing the forest, and the trees are cut down early, then the true emissions reductions were lower than expected. Even if everything goes as planned, trees are a temporary carbon sink, and the carbon in question will be released when they die and decompose.

What good things (other than emissions reductions) might occur as a result of funding this offset project?

If you buy offsets that provide poor households with cleaner cookstoves, that will reduce their indoor air pollution and reduce their time spent gathering firewood. If you fund a rainforest preservation project, that helps protect biodiversity. And if you fund a wind-power plant, that could decrease air pollution that might have come from burning coal.

How much does it cost to remove 1 tonne of carbon-dioxide (or equivalents)?

With the notable exception of Direct Air Capture, which is much much more expensive than the others, there isn't a lot of price difference between categories. Price will vary between projects, and should be a factor in any decision, but it's less helpful in differentiating between categories (again, except for DAC, which is very expensive but could still be worth investing in).

There are several organizations (Green-e, GoldStandard, and CoolEffect) that analyze the reliability and accuracy of specific offsets, then recommend a limited collection of projects.

While their work is undoubtedly useful, accepting their recommendations requires trusting a different set of organizations. In reality, some types of offsets are categorically easier to account for than others. Some clearly have positive side-effects, while others do not. By reasoning about the nature of different categories of offsets, then combining that with project-level analysis, I can more confidently narrow my purchasing decision.

Forest management projects are highly susceptible to faulty assumptions of additionality, leakage, and time frame. Even in the best, most trustworthy projects, it is exceedingly difficult to ensure that your plot of forest was truly at risk or that another plot of forest isn't being cut down as a result of your investment. And because these projects typically take decades to realize the promised benefits, it's nearly impossible to guarantee that the process won't be interrupted by the messy realities of life. ProPublica conducted a very thorough investigation, which revealed that the true benefits of forest management offset projects are often smaller than promised.

Direct air capture, however, is much easier to measure. And because selling carbon offsets is basically the only incentive at play, the benefits are more likely to be additional. Of course, the factors that make DAC easy to track also mean that it doesn't come with notable positive side effects.

Green global development projects are reasonably direct and relatively easy to account for, even though the emissions reductions might not be realized immediately. Because of the positive side-effects, smaller accountability hurdles, and competitive price, this is probably the category of offsets I'd choose.

What is the marginal benefit?

I think that carbon offsets are (potentially) worth buying to the extent that they'll help limit climate-change-related suffering. Of course, climate change is not the only threat to human wellbeing, so I want to better understand the opportunity costs. If I spend money on carbon offsets, what benefits would be lost by not spending that money on another project? And how do they compare to the benefits of emissions reductions?

In his research on the mortality cost of carbon, economist R. Daniel Bressler estimates that climate change will result in 76 million excess deaths by 2100, mostly through adverse health effects, an increased murder rate, and more intergroup conflict.

Clearly, there are much more efficient ways to save lives than buying carbon offsets.

Of course, climate change presents other, harder-to-measure risks such as the psychological distress of forced migration, animal suffering, and the loss of natural beauty. I've chosen to focus primarily on preventing excess human deaths, because it enables a more direct comparison between charitable efforts, and because I think it's the most important factor to consider.

The social cost of climate change is a somewhat more general metric that encapsulates more of these costs. According to Bressler, after incorporating the risks of increased mortality, it's $265 per tonne of CO2. Because the price of offsets is so much lower than our best estimates for the true cost of emissions, they're very likely to be net-beneficial to society.

I'm very much in favor of a government-imposed carbon tax, which could discourage emissions, incentivize low-carbon innovation, and fund projects with the highest benefits. But even if carbon offsets are net-beneficial, I'm not convinced that they're the most efficient way to do good.

Why I won't buy carbon offsets, but you might

So, given my current understanding, I don't plan to buy carbon offsets. But because the full effects of climate change are hard to predict or quantify, new evidence or analysis could certainly sway my opinion.

That doesn't mean I don't think the risks of climate change are serious. As I've mentioned before, I feel a strong responsibility to reduce my emissions via low-cost, high-benefit strategies. For example, I'll continue reducing my meat consumption because the environmental, nutritional, ethical, and financial benefits far outweigh the costs for me. I'll also vote with climate change in mind and support legislation like a carbon tax that reflects the true cost of emissions. But I'll still travel via airplane and drink coffee because I value those things very highly.

Even though I likely won't buy offsets, this research– especially combined with the information on GiveWell and this post by Scott Alexander– has pushed me to donate more, and more effectively.

You might think the estimates I used for climate-change risks were too low. You might face stronger social pressure to account for your emissions directly. Or you might think that I unfairly discounted the risks faced by animals. And even though I'm reasonably confident in my analysis, those factors (or others) might lead you to a different conclusion.

Regardless of how you weight your criteria, if you're dedicating your time, money, or effort to charitable endeavors– by buying carbon offsets, donating to non-profits, or even sharing posts on instagram– it's worth examining your goals and how you might meet them more effectively. Because we all have limited resources, our decisions inevitably come with tradeoffs. We may reach different conclusions about which tradeoffs are acceptable, but we shouldn't pretend that they aren't there.

[1] This is because in the milder scenario, there will be fewer excess deaths overall, and the marginal cost per tonne of carbon will be lower. Another investigation, by John Broome, yielded much higher numbers for the number of tonnes of carbon per expected excess death. He suggests that in the scenario where we see 2.45°C of warming, we'd expect to see an excess death for every 103,200 tonnes emitted today. And in the 5°C scenario, we'd expect an excess death for every 7,938 tonnes of carbon emissions. I used Bressler's more conservative values in my analysis.

[2] This rate is reasonably generous, given the accounting difficulties I've discussed. 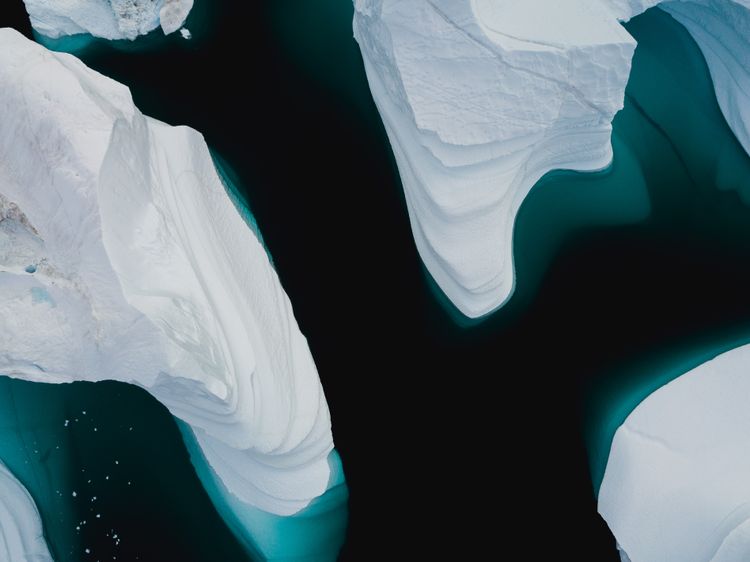 What Should I Do About Climate Change?

There's no shortage of speculation on this question. On one end of the spectrum, we're being sold countless new products
May 23, 2021
10 min read